The Bitcoin, from Geeks to the Public Domain

From the closed world of computer nerds to the global financial scene, the Bitcoin has made giant steps since its creation. Let’s take a look at the evolution of a currency that’s completely virtual…

The Origins of Virtual Money

In the 90’s, the first concepts of virtual currencies (E-cash, digicash, bitgold) that saw the light of day were based on cryptographic protocols. These experiments failed one after the other because of a lack of reliability in terms of checking the transactions and protecting them from fraud.

The Birth of the Bitcoin 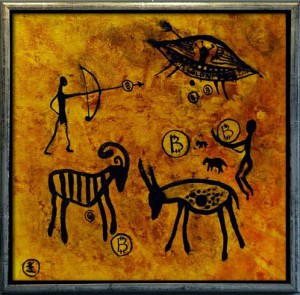 In 2008, a mysterious developer only known by his pseudonym, Satoshi Nakamoto, put out the idea of the Bitcoin. His great innovation, that really made the difference, was to run through a chain system of proven cryptology that rendered the currency unforgeable and third party independent.

The following year, in January, the first 50 bitcoins were created and the open-source software allowing their creation was made available. At first confined to a small group of users, the virtual currency developed itself over and above the small world of crypto-geeks.

A mystery still lingers around its creator, who in 2010 disappeared from the web just like he appeared. No one knows his true identity yet many of his followers venture hypotheses about his existence. Is it really possible that one man was alone at the is the source of such a complex program? Was it perhaps a group of developers, or even a government agency like the NSA or the CIA? Google? Last year, Newsweek alluded to a certain Dorian Satoshi Nakamoto, a 65-year-old American engineer. But he denies any involvement and the mystery stays intact, adding to the Bitcoin legend…

The Explosion of the Bitcoin Phenomenon

In 2011, the Bitcoin gradually came out of anonymity after the increase in its worth. One Bitcoin in 2010 was worth only a few cents, but in June 2011, its exchange rate exceeded 31 dollars, before brusquely falling. On November 27th, 2013, there was a clap of thunder on the financial markets: one Bitcoin exceeded 1000 dollars!

Even if it remains marginal, more and more internet sites and even businesses are beginning to accept payments made in Bitcoin. Most of these internet sites are selling computer hardware, but the market is slowly expanding. Ebay announced in 2014 that it will accept them starting in 2015, a university in Cyprus allows tuition to be paid in Bitcoin, and not long ago a Norwegian student bought an apartment with his precious coins.

Since then, many events have come in like waves on the Bitcoins sphere: in February 2014, the disappearance of MtGox, one of the principle platforms for exchange, lowered the value by 35%. In August 2014, a flash crash made the exchange rate drop in just a few seconds from 470 to 309 dollars. These examples remind us that the Bitcoin remains a currency 20 times more volatile than the dollar.

The financial authorities are starting to focus on this phenomenon. In Europe, they are analyzing the phenomenon and looking at the warning signs. One major concern lies in the fraudulent use of virtual currencies and the risk of money-laundering, due to the total anonymity of the transactions. In America, the tendency is more about regulating the phenomenon, whereas in other counties like Thailand and Russia, the sharp blade of a ban has fallen.

From an Ideal Currency to a Speculative Bubble?

For certain people, the Bitcoin is the pinnacle of the liberal ideal of a decentralized currency that is independent of any state or institution. For others, it’s an astonishing digital experiment. In any case, the Bitcoin has quickly become a new digital eldorado, an investment vehicle of a whole new kind. What is sure, is than it’s applications are far from being all discovered.

With this success, several other crypto-currencies have since emerged, such as Litecoin, Peercoin, Dogecoin, Darkcoin and even Namcoin. The top 10 currencies in circulation are worth 10 billion Euros. A drop in the ocean compared to the 900 billion Euros of trust currency circulating in the world.